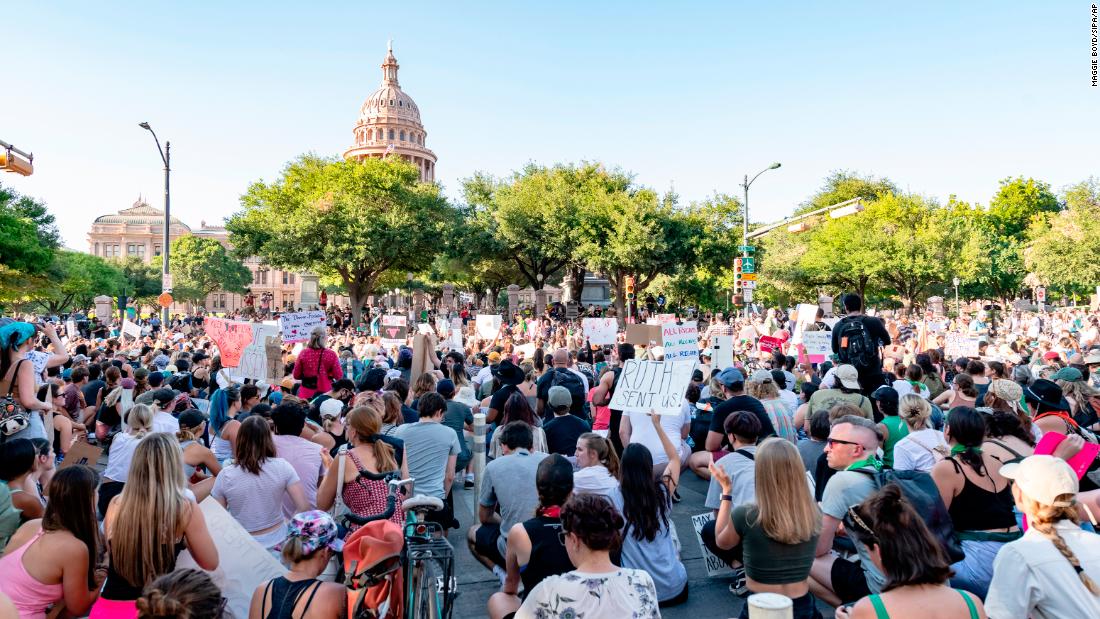 A federal court in Arizona has been asked by the Center for Reproductive Rights and the American Civil Liberties Union to block a “personhood requirement” provision in an existing abortion ban in the state. Abortion rights advocates worry that the state will use the language to prosecute providers or patients.

In Florida, a law banning abortions after 15 weeks took effect on July 1. A state judge on June 30 said he would issue a temporary statewide injunction and signed a written order on July 5. But the state also filed an appeal, a move that automatically stayed the judge’s order that temporarily blocked the ban. With the appeal, the law remains in effect while litigation continues. The plaintiffs in the case, Florida abortion providers, said they plan to file a motion seeking to reinstate the injunction.

The Idaho Supreme Court is holding a hearing on August 3 to consider arguments on two abortion challenges.

In April, the Idaho Supreme Court temporarily blocked the state’s six-week abortion ban that allows private citizens to enforce the law in the state with civil action. Abortion providers filed suit a week earlier saying the law violates several provisions of the state constitution.
Providers in Idaho have also challenged the state’s so-called trigger law that is set to go into effect on July 19 at the earliest. The law would make providing abortions a felony punishable by up to five years in prison, with exceptions for cases of rape or incest or to prevent the death of the pregnant person. The state Supreme Court is set to hear the case during the same August 3 hearing.

A state court in Kentucky on June 30 halted enforcement of the state’s trigger law and a law restricting abortions at around six weeks of pregnancy, granting a temporary restraining order against the two laws. The state’s Attorney General Daniel Cameron, a Republican, appealed to reinstate the enforcement of the abortion laws while legal challenges to them move through the courts, but Kentucky’s Supreme Court on July 5 denied the request. A hearing was held July 6 in Jefferson County Circuit Court but the judge has not yet ruled.

A Louisiana state court on June 27 blocked the state’s trigger law from being enforced by issuing a temporary restraining order. Louisiana Attorney General Jeff Landry appealed, asking the state Supreme Court to dissolve the lower court’s order, which was denied. A hearing in the lower court is set for July 8.

In Michigan, the state’s pre-Roe ban — a 1931 abortion ban, which was invalidated by the decision in Roe v. Wade but remained on the state’s books — was put on hold by a state court in May, before the US Supreme Court decision was handed down. Nearly a month later, Michigan Gov. Gretchen Whitmer, a Democrat who’s supportive of abortion rights, filed a lawsuit asking the state Supreme Court to declare the law unconstitutional under the Michigan Constitution.

Mississippi’s trigger law will take effect on July 7, after a Mississippi judge declined on July 5 to temporarily block the ban. The trigger ban prohibits abortions in the state with only exceptions in cases of rape or if the pregnant person’s life is endangered.

The Ohio Supreme Court denied state abortion providers’ request for an emergency hold on the state’s prohibition on abortions performed after fetal cardiac activity is detected, typically around six weeks into a pregnancy. The court’s ruling means the abortion ban can continue to be enforced as the case plays out.

Provider groups have challenged Oklahoma’s 1910 pre-Roe abortion ban along with an abortion law enacted this year that goes into effect in August. Before the US Supreme Court overturned Roe, abortion providers had already brought separate challenges to different abortion laws in the state.

Texas’ nearly century-old abortion ban is allowed to be civilly enforced while the state waits for its trigger ban to kick in. A state court had issued a temporary restraining order against the pre-Roe law on June 28, which allowed abortions up to around six weeks into pregnancy to resume. But on July 1, Texas’ Supreme Court partially granted Republican state Attorney General Ken Paxton’s request to stay the lower court’s order.

A state judge in Utah on June 27 granted a request by Planned Parenthood of Utah to issue a temporary restraining order blocking enforcement of the state’s trigger law. This allows abortions to continue for 14 days. A hearing in the case is scheduled for July 11.

West Virginia’s only outpatient health center that provides abortion care on June 27 sued in state court to halt enforcement of a 19th century pre-Roe criminal abortion ban in that state. In their lawsuit, they argue that the statute is unconstitutionally vague, has “long gone unused” and cannot be enforced because it conflicts with modern abortion laws.

State Attorney General Patrick Morrisey issued a memo saying that the pre-Roe statute must be enforced by county prosecutors.

“Assuredly, we have strong arguments against this challenge. But the statute would still benefit from the Legislature’s further attention,” he wrote.

Democratic state officials in Wisconsin have asked a state court to block Wisconsin’s pre-Roe abortion ban, which was allowed to take effect after the high court overturned the federal holding. The 1849 law criminalizes abortion in the state, including in cases of rape and incest.

The lawsuit asks a state court to “clarify that Wisconsin’s 19th century abortion ban with no exceptions for rape or incest has not gone back into effect,” and to deem it unenforceable.