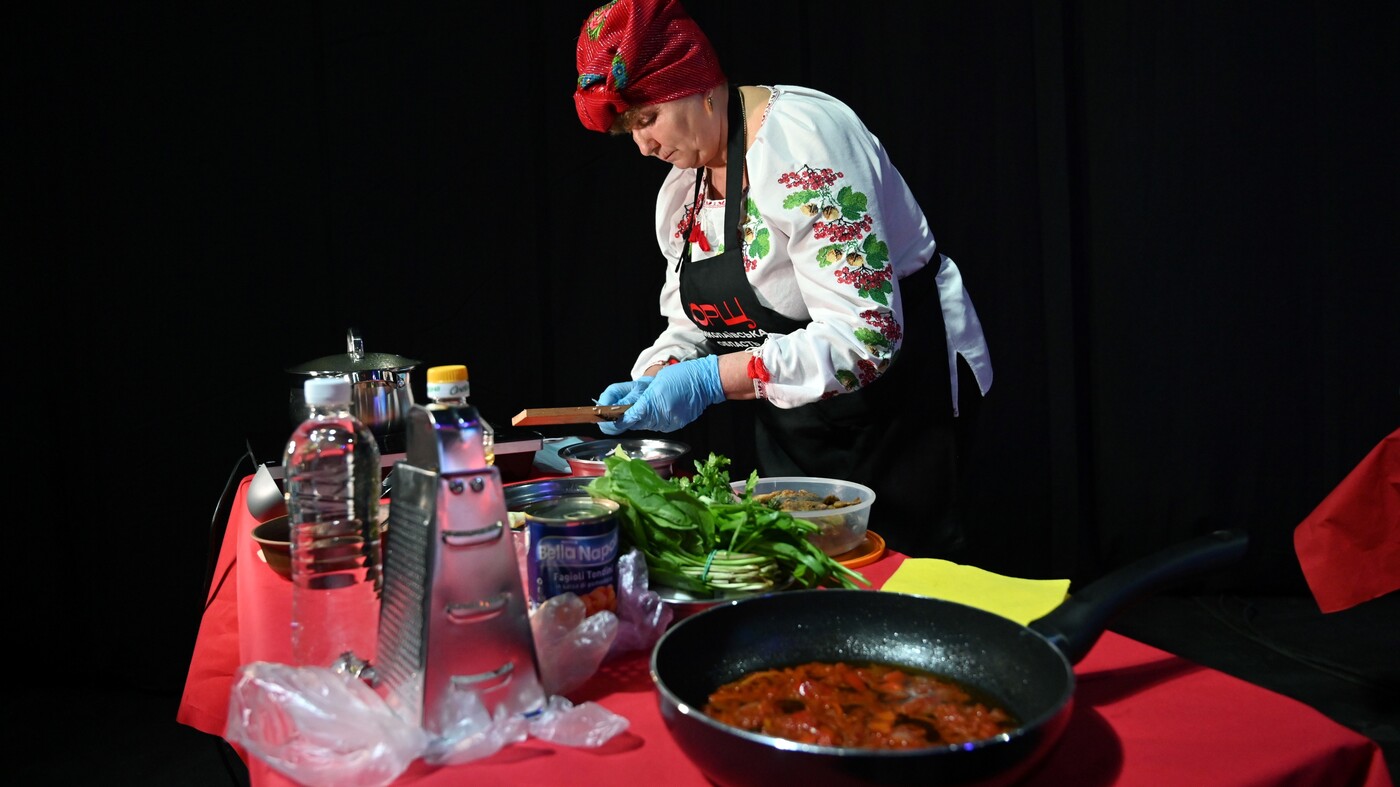 A cook prepares borsch at a March 2021 event in Kyiv to promote Ukraine’s bid for UNESCO to recognize the dish as part of the country’s historical heritage.

A cook prepares borsch at a March 2021 event in Kyiv to promote Ukraine’s bid for UNESCO to recognize the dish as part of the country’s historical heritage.

Ukraine’s culture of cooking borsch, the hearty soup with beets and cabbage, has made it to UNESCO’s list of heritage traditions “in need of urgent safeguarding” because of Russia’s invasion.

Often written borscht in English, the soup is widely eaten across Eastern Europe and is extremely common in Russia. But Ukraine considers it a national dish, or as UNESCO put it: “part of the fabric of Ukrainian society, cultural heritage, identity and tradition.”

“The victory in the war for borsch is ours!” Ukraine’s Culture Minister Oleksandr Tkachenko posted on Telegram, declaring the soup to be “officially” Ukrainian. “Remember and be sure: We will win this war like we did the war for borsch.”

The matter of borsch heritage got political in recent years, as fighting escalated since 2014 in eastern Ukrainian regions that Russia recognized as independent right before invading the country in February. Russia has long claimed borsch as part of its own food tradition. The soup’s tangled origins possibly trace back to ancient Kievan Rus, summarily nationalized in the Soviet Union.

Ukraine asked UNESCO to consider borsch as its “intangible cultural heritage” long before the war. On Friday, because of the war, the United Nations culture agency said for the first time it inscribed a cultural heritage element for safeguarding “as a matter of extreme urgency.”

“The armed conflict has threatened the viability of the element,” UNESCO said. “The displacement of people and bearers threatens the element, as people are unable not only to cook or grow local vegetables for borscht, but also to come together to practice the element.”

UNESCO did note, however, that the inscription “does not imply exclusivity, nor ownership, of the heritage concerned, but “recognizes the social and cultural importance of Borscht cooking amongst Ukrainians.” UNESCO in the past has ascribed the same dishes to multiple countries’ cultural heritage, such as kimchi and couscous.

The agency also noted how varied a dish borscht can be: featuring fish or mushrooms, though most commonly meat in addition to the typical base of beet, cabbage, tomato and root vegetables, often served with sour cream, dill and bread or garlic rolls.

UNESCO’s past additions to the list of practices “in need of urgent safeguarding” included Turkey’s whistled language, Botswana’s Seperu folkdance and Mongolian calligraphy.

In 2016, Ukraine saw another cultural practice inscribed for safeguarding by UNESCO: Cossack songs of the south-central Dnipropetrovsk region, endangered by the aging population of the bearers of this tradition.