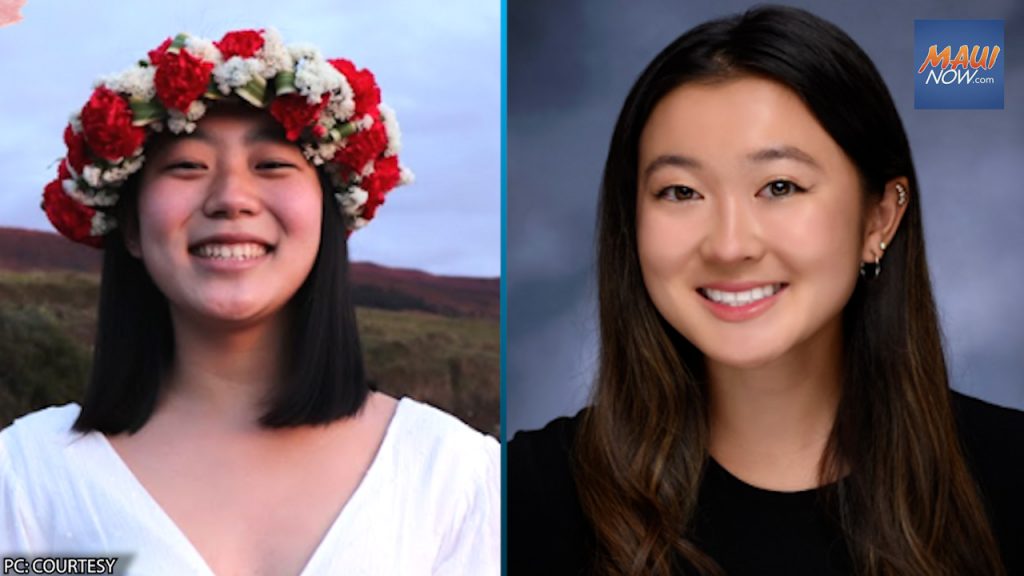 The scholars were selected for their record of involvement in promoting and perpetuating Japanese culture and language.

Nishimitsu will be studying Biology and Japanese language at Stanford University and intends to audition and pursue taiko drumming professionally, and aspires to study in Japan someday. She has performed and taught taiko with the Zenshin Daiko, competed with the Japanese Wizards Statewide Academic Team Competition, and signed up for the Chrysanthemum Ball.

“During the pandemic I asked my great great grandmother what she thought we needed to do to overcome the hate facing the Asian community,” Nishimitsu shared in her essay, “Her response was simple, yet so intelligible–We all have to find something we can do together.””

Meanwhile, Shimizu will be continuing learning Japanese culture and language at Portland State University. She will also be spending four weeks in Japan this year after winning a scholarship contest on how anime reflects Japanese culture and its impact on America’s youth today. After college, she plans to participate in the Japan Exchange and Teaching Program.

“I believe that one of the main challenges faced by the Japanese community on Maui and Hawai’i in general is that they are not educated about many of the hardships that their ancestors faced when coming to Hawaiʻi,” Shimizu shared in her essay. “For example, many are unaware of the internment camps that the Japanese were put into during World War II. I only learned about these hardships during my third year of high school. I feel that it was a significant part of the history of Japanese immigration in Hawaiʻi, as it taught a lot about discrimination.”

The JCSM Scholarship Program is made possible by generous donations from Asa Ellison’s friends and family, and through fundraising and direct donations from its members. To make a donation to this program to support future scholars, contact [email protected]