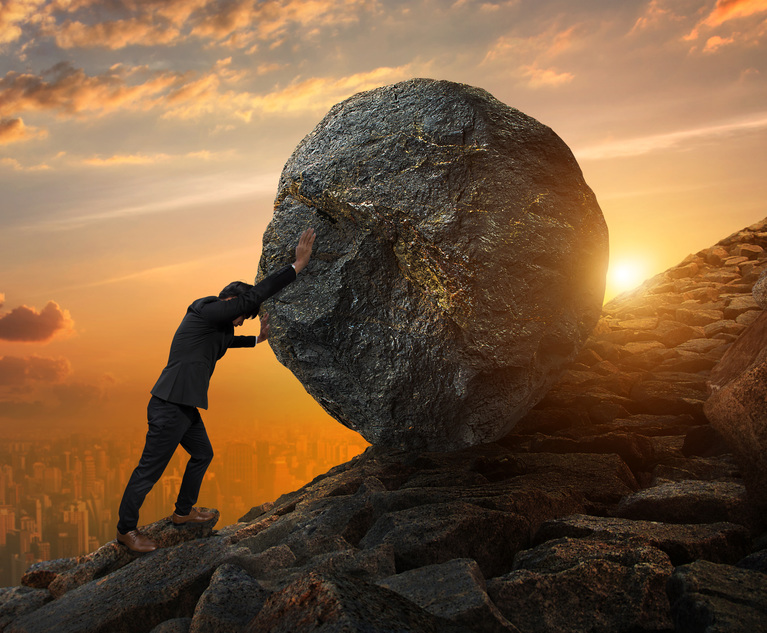 It’s been very hot lately. My colleagues in London, where few people have air conditioning, suffered through record-breaking temperatures early last week. And in New York, where temperatures have hovered around 95° Fahrenheit most days and will likely hit 99°F before the week is over, no one wants to move. But the same cannot be said for law firm management, which seems to never be at a standstill.

From the U.S. and the U.K. to Europe, Latin America, the Middle East and Asia, shifts are taking place. In the U.S., an increasing number of firms seem to be looking at opportunities in Latin America—but doing so via Miami. The city, long considered a gateway to Latin America, has become one of the hottest U.S. legal markets for a number of reasons, but access to Latin American clients is one. And the law firms flocking there are scooping up lawyers with Latin America expertise.

Sidley Austin, for example, which last week announced it had signed a lease for three floors in one of Miami’s most expensive office towers in downtown Miami, has brought on a Latin America-focused partner and associate from Morrison & Foerster. The firm said it already has more than 40 lawyers in Miami. King & Spalding, which launched its Miami office in February, announced it had hired a project finance partner with Latin America expertise from Jones Day. Winston & Strawn and Kirkland & Ellis also opened offices in the city this year.

Some firms, however, aren’t taking the Miami route to Latin America business, believing it’s better to be on the ground. Gunderson Dettmer Stough Villeneuve Franklin & Hachigian, for one, has just opened an office in São Paulo, Brazil for that very reason. “There is a different level of relationship to a market [when] you have a physical location,” Gunderson managing partner David Young said.

The appeal of Brazil is understandable: Mattos Filho, one of the country’s biggest full-service firms, reported that its 2021 revenue increased 24% over the previous year. That growth took place as the firm increased its partner head count by 14—and it’s added even more partners this year. Brazilian law firms benefited from a boom in capital markets, M&A and financial services work in 2021.

It’s not just Latin America. Despite the threat of a looming global recession—or perhaps because of it—firms have been bulking up in other regions as well. Shearman & Sterling last week announced hires that demonstrate the firm’s commitment to Europe. It brought on a finance partner in Germany, marking the firm’s fifth lateral hire in continental Europe this year. And in the same week, it announced the hire of an M&A partner in London. Other firms have also found Europe an attractive market this year: In May, Bryan Cave Leighton Paisner hired a three-lawyer team in Paris, and a month later, it brought on four partners in Germany.

London is still one of the world’s most important legal markets, and the 2021 financial results starting to trickle in from U.K. Top 50 firms suggest that some firms may struggle to keep up in the next few years. My London-based colleague Paul Hodkinson offers an assessment of what the early numbers tell us. Read his take here.

At least one law firm leader is bracing for what could be a cold winter if a recession hits hard. Allen & Overy managing partner Gareth Price told Law.com International he is confident the firm made the right decision when it decided to hold to its current newly qualified pay rate while competitors increased their rates. It was a “prudent” decision, he said, given the challenging business environment likely to come.

Linklaters, however, seems optimistic about the future. The firm has even decided to take on more London office space—the latest example of the industry reversing plans to shrink premises amid hybrid working post-pandemic. Slaughter and May, meanwhile, is continuing its trial “Bring Your Dog to Work Day” sessions this summer—a move the firm says is part of a well-being drive. Other law firms, including Gowling WLG, Norton Rose Fulbright and Eversheds Sutherland, have welcomed canine companions to their offices in the past as a way of relieving stress.

Lest we forget that the legal industry is not just made up of Big Law, last week the Australian “new law” firm Law Squared opened an office in London to work with Australian businesses in the U.K., as well as U.K. businesses with a presence in Australia. The firm, like others that follow the “new law” model, provides legal services to its clients on demand and has fixed-fee arrangements rather than charging by the hour. This could be increasingly appealing to clients if the recession hits long and hard.

Already, clients are looking for alternatives to their usual outside counsel. Legal departments increasingly are outsourcing work to India and other low-cost markets, primarily for document review and other routine tasks that free up U.S.-based attorneys for higher-value work, Law.com International’s sister publication Corporate Counsel reported last week. By one estimate, the legal process outsourcing market is projected to grow at a compound annual rate of 22% from now until 2027, when it is expected to have swelled to $30 billion, thanks to the high cost of legal services in Europe, the U.S. and the U.K.

Still, law firms look to grow wherever they can, and the U.S. market continues to be viewed as the prize. U.K.-based Pallas Partners, the boutique litigation firm founded earlier this year by former Boies Schiller leader Natasha Harrison, announced last week it is opening an office in New York, to be led by former Boies Schiller Flexner partner Duane Loft. Harrison expects the New York office will eventually be home to around 30 lawyers. It might seem like a bold move, on the brink of a recession, to launch an office in a city that is arguably one of the world’s most competitive markets. But when clients are in trouble, litigation often follows.

Asia is another competitive market that also is not sitting still. In a dramatic and unexpected move, a highly respected partner, Yuet Ming Tham, who left Sidley Austin to join McDermott Will & Emery in Singapore as its Asia Pacific managing partner just five months ago, announced she is returning to Sidley. And for a broader discussion, Law.com International Asia Editor Jessica Seah writes about the challenges and frustrations experienced by Asia regional heads of Western firms and examines how the Asia strategies of U.K.-headquartered firms differ from those of their U.S.-based competitors. You can read Jessica’s piece here.

Beyond heat waves, lateral hires and recession prep, law firms have to deal with the unexpected. Elite Spanish law firm Cuatrecasas knows this all too well. The firm is mourning the loss of its managing partner, Jorge Badía, who died suddenly last week at the age of 59.

Law firms also have to navigate geopolitics. When U.S. President Joe Biden visited Saudi Arabia and Crown Prince Mohammed bin Salman last week, critics said it was a bad move, as it helped bin Salman rehabilitate his international reputation in spite of the role he is said to have played in the grizzly murder of U.S. newspaper columnist Jamal Khashoggi. However, lawyers in the Middle East said that given current geopolitical uncertainty, the meeting was necessary. One called it “a triumph of realism over idealism.”

But Saudi Arabia was actually the root cause of an issue that arose for U.S. law firm Cozen O’Connor last week. The firm has had a sponsorship deal with professional golfer Jason Kokrak for several years. It also has been fighting in court for more than a decade to force Saudi Arabia to pay for allegedly helping to fund and support the September 11 terror attacks. So when Kokrak announced last week that he is leaving the PGA tour to join the Saudi-funded LIV Golf Tour, Cozen cut ties with the golfer. “The LIV tour is inconsistent with the mission and values of our firm.” Cozen executive chairman and CEO Michael Heller said.

Finally, one story last week reminded me that for individual lawyers, the profession is about more than lateral moves, law firm management and politics. The story describes the dangerous and circuitous journey of an Afghan law student from Kabul to Calgary—one that would not have been possible had it not been for the intervention of several lawyers.