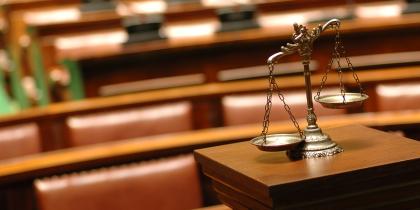 Happy July from the whole team at the National Law Review! We hope you are enjoying the warm weather. Please read on for our coverage of the latest in legal industry news, including firm hiring and expansion, industry awards and recognition, and notable diversity and justice initiatives.

Frost Brown Todd has added Member Sohan Dasgupta, Ph.D to its Business Litigation Practice Group. An experienced litigator, Mr. Dasgupta has represented clients before U.S. courts of appeals, trial courts, and the U.S. Supreme Court. His practice focuses on regulatory and compliance issues, investigations, and international law; previously, he served as Deputy General Counsel to the U.S. Department of Homeland Security and as Special Counsel to the U.S. Department of Education. In his new role, Mr. Dasgupta will continue advising on matters related to compliance, investigations, and regulation.

Drew Hirshfeld, an experienced intellectual property lawyer, joined Schwegman Lundberg & Woessner as Principal. Located in the firm’s Minneapolis office, he will draw upon nearly 30 years of federal agency experience, working in all areas of the firm’s patent practice, from prosecution and litigation to navigating USPTO policy. He will also act as an expert witness on USPTO-related issues.

Mr. Hirshfeld began his career as a USPTO Patent Examiner in 1994. In 2015, he was named Commissioner for Patents, and then served as Acting Deputy Under Secretary of Commerce for Intellectual Property and Acting Deputy Director. In 2021, he led in the creation and implementation of a new director review process for Patent Trial and Appeal Board final written decisions, a response to United States v. Arthrex. Managing IP has listed him as one of the Top 50 Most Influential People in IP.

Law firm Davis|Kuelthau, s.c. continues its Trusts, Estates & Succession Team expansion with the addition of estate law attorney Andrew (Drew) MacDonald. Mr. MacDonald, a Founding Board Member and Past President for the charity Old Glory Honor Flight, will be located in the firm’s Appleton, WI office. He focuses his practice on issues related to estate administration, business succession, firearm trusts, and special needs planning. He also has a great deal of experience related to the planning of long-term care.

David I. Brody, partner at Sherin and Lodgen, has been elected President of the Massachusetts Employment Lawyers Association (MELA) for 2022-2023. A member of the firm’s Employment Department, Mr. Brody is an experienced litigator and advisor, representing clients before state court, federal court, and the Civil Service Commission, as well as advising executives on restrictive covenants, non-competes, change of control agreements, and more.

MELA is the Massachusetts Chapter of the National Employment Lawyers Association, the largest professional organization in the U.S. that is composed entirely of employment-focused attorneys. The organization seeks to improve advocacy, increase awareness, monitor key legislation, and support members who are devoting their practice to the representation of employees.

Shumaker’s Chief Marketing and Business Development Officer Erica Shea has been selected by Leadership Florida to join Cornerstone Class 40, a team of executives and professionals that collaborate toward the overall improvement of the state. Participants attend educational sessions on both leadership and relevant issues in Florida, and will remain connected through ongoing meetings once the program is complete. At the present moment, Leadership Florida has fostered a network of over 3,300 alumni, ranging from CEOs and elected officials to agency heads, hospital administrators, legal professionals, and more.

“It is exciting that Erica will have the opportunity to use her leadership skills to benefit our great state,” said Ron Christaldi, Shumaker Tampa Managing Partner and President/CEO of Shumaker Advisors Florida. “Erica sets a clear vision, and genuinely cares about people. Her passion and energy inspire us all.”

Don Eglinton, business and commercial litigation attorney at Ward and Smith, P.A., has been named to the Order of Juris, an honorary trial order of the Litigation Counsel of America (LCA). Comprised of Fellows who have tried to verdict at least fifty jury or bench trials, the LCA selects less than half of one percent of all American lawyers for membership. Fellowship is highly selective, allowed only through invitation and based on exhibited excellence and accomplishment in litigation at trial and appellate levels, as well as notable ethical reputation.

Mr. Eglinton is a Senior Fellow of the Litigation Counsel of America. His practice at Ward and Smith is primarily focused on commercial litigation, with particular emphasis on patent and trademark disputes, copyright infringement, and trade secrets. He has represented clients in infringement actions based in North Carolina, Texas, and California, as well as complex trademark and copyright actions in the Eastern District of North Carolina, and before the United States Trademark Trial and Appeal Board.

Diversity, Equality, and Justice in the Legal Field

After a grant from Venable LLP, the Mid-Atlantic Innocence Project (MAIP) has established a new support fund aimed at helping exonerees from Maryland, Virginia, and the District of Columbia after their release from prison. The Venable-Burner Exoneree Support Fund, named in part for client Troy Burner, will seek to provide job placement assistance, counseling, social services, and advocacy training for its recipients. Mr. Burner was represented by Venable attorneys Seth Rosenthal, Lauren Stocks-Smith, and MAIP co-counsel, who secured his full exoneration in March 2020 for a crime he did not commit.

“From its inception, MAIP has represented individuals with bona fide claims of actual innocence and advocated for changes in law and policy to prevent wrongful convictions,” said Mr. Rosenthal. “But MAIP has not had the capacity to provide comprehensive, direct support to its clients following their exonerations. Now it will. This new program is a game changer for the organization.”

Shawn Armbrust, MAIP Executive Director, said, “The adjustment to life outside prison is challenging for all returning citizens, but exonerees have suffered additional trauma and have needs that traditional reentry services – which often are not available to them – cannot address. Thanks to Venable, our clients will have the support they need to rebuild their lives and, if they desire, use their experiences to advocate for reform.”

La’Tika Howard, attorney at Womble Bond Dickinson, has been named to the National Black Lawyers Top 40 Under 40 list. An invitation-only development and networking association composed of noteworthy African American attorneys in the U.S, National Black Lawyers has a stringent list of criteria for recognition, including outstanding reputation among peers and the judiciary, notable achievements or settlements, nomination from leading lawyers in the field, and rankings by other leading evaluation organizations. Selection to the list is a high honor, limited to only the top Black lawyers under the age of 40.

Ms. Howard, who practices in the firm’s Baltimore office, focuses her practice on corporate law. She represents clients on matters such as private equity, mergers and acquisitions, due diligence, venture capital financing, and corporate governance.

This June, after efforts from the firm’s DEI committee as well as shareholder David Goldman, CMBG3 Law presented a $5,000 scholarship to a graduating high school student pursuing higher education. The scholarship, intended for an individual who is seeking a law degree but does not have the economic means to do so, was granted to a student at Central Falls High School in Rhode Island. Selected after an essay contest which detailed her hopes to pursue a law degree, she will be attending Brown University in the fall of 2022 as a freshman.

CMBG3’s newest scholarship initiative was born from two separate efforts: first, in 2021, Mr. Goldman was selected to participate in the Leadership Rhode Island program, in which he designed a social contract promising to give back to the local community. Simultaneously, the firm’s DEI committee was seeking additional opportunities to support high school students from disadvantaged backgrounds. Working together, Mr. Goldman and the committee developed the scholarship, and on June 6, 2022, Mr. Goldman was able to present the award in person.