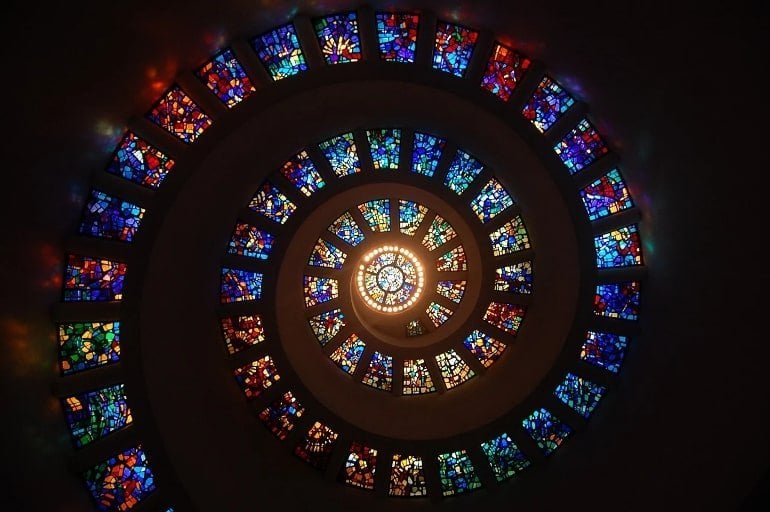 Spirituality should be incorporated into care for both serious illness and overall health, according to a study led by researchers at Harvard T.H. Chan School of Public Health and Brigham and Women’s Hospital.

“This study represents the most rigorous and comprehensive systematic analysis of the modern day literature regarding health and spirituality to date,” said Tracy Balboni, lead author and senior physician at the Dana-Farber/Brigham and Women’s Cancer Center and professor of radiation oncology at Harvard Medical School.

“Our findings indicate that attention to spirituality in serious illness and in health should be a vital part of future whole person-centered care, and the results should stimulate more national discussion and progress on how spirituality can be incorporated into this type of value-sensitive care.”

“Spirituality is important to many patients as they think about their health,” said Tyler VanderWeele, the John L. Loeb and Frances Lehman Loeb Professor of Epidemiology in the Departments of Epidemiology and Biostatistics at Harvard Chan School.

“Focusing on spirituality in health care means caring for the whole person, not just their disease.”

The study, which was co-authored by Balboni, VanderWeele, and senior author Howard Koh, the Harvey V. Fineberg Professor of the Practice of Public Health Leadership at Harvard Chan School, will be published online in JAMA on July 12, 2022. Balboni, VanderWeele, and Koh are also co-chairs of the Interfaculty Initiative on Health, Spirituality, and Religion at Harvard University.

According to the International Consensus Conference on Spiritual Care in Health Care, spirituality is “the way individuals seek ultimate meaning, purpose, connection, value, or transcendence.” This could include organized religion but extends well beyond to include ways of finding ultimate meaning by connecting, for example, to family, community, or nature.

In the study, Balboni, VanderWeele, Koh, and colleagues systematically identified and analyzed the highest-quality evidence on spirituality in serious illness and health published between January 2000 and April 2022. Of the 8,946 articles concerned with serious illness, 371 articles met the study’s strict inclusion criteria, as did 215 of the 6,485 articles focused on health outcomes.

A structured, multidisciplinary group of experts, called a Delphi panel, then reviewed the strongest collective evidence and offered consensus implications for health and health care.

They noted that for healthy people, spiritual community participation–as exemplified by religious service attendance – is associated with healthier lives, including greater longevity, less depression and suicide, and less substance use. For many patients, spirituality is important and influences key outcomes in illness, such as quality of life and medical care decisions.

Consensus implications included incorporating considerations of spirituality as part of patient-centered health care and increasing awareness among clinicians and health professionals about the protective benefits of spiritual community participation.

The 27-member panel was composed of experts in spirituality and health care, public health, or medicine, and represented a diversity of spiritual/religious views, including spiritual-not-religious, atheist, Muslim, Catholic, various Christian denominations, and Hindu.

According to the researchers, the simple act of asking about a patient’s spirituality can and should be part of patient-centered, value-sensitive care. The information gleaned from the conversation can guide further medical decision-making, including but not limited to notifying a spiritual care specialist.

Spiritual care specialists, such as chaplains, are trained to provide clinical pastoral care to diverse patients–whether spiritual-not-religious or from various religious traditions. Chaplains themselves represent a variety of spiritual backgrounds, including secular and religious.

“Overlooking spirituality leaves patients feeling disconnected from the health care system and the clinicians trying to care for them,” said Koh. “Integrating spirituality into care can help each person have a better chance of reaching complete well-being and their highest attainable standard of health.”

Other Harvard Chan co-authors include Stephanie Doan-Soares and Katelyn Long.

Funding: This research was supported by the John Templeton Foundation.

About this psychology and health research news

Spirituality in Serious Illness and Health

Despite growing evidence, the role of spirituality in serious illness and health has not been systematically assessed.

To review evidence concerning spirituality in serious illness and health and to identify implications for patient care and health outcomes.

Evidence-synthesis statements and implications were derived from panelists’ qualitative input; panelists rated the former on a 9-point scale (from “inconclusive” to “strongest evidence”) and ranked the latter by order of priority.

Of 8946 articles identified, 371 articles met inclusion criteria for serious illness; of these, 76.9% had low to moderate risk of bias.

The Delphi panel review yielded 8 evidence statements supported by evidence categorized as strong and proposed 3 top-ranked implications of this evidence for health outcomes: (1) incorporate patient-centered and evidence-based approaches regarding associations of spiritual community with improved patient and population health outcomes; (2) increase awareness among health professionals of evidence for protective health associations of spiritual community; and (3) recognize spirituality as a social factor associated with health in research, community assessments, and program implementation.

This systematic review, analysis, and process, based on highest-quality evidence available and expert consensus, provided suggested implications for addressing spirituality in serious illness and health outcomes as part of person-centered, value-sensitive care.