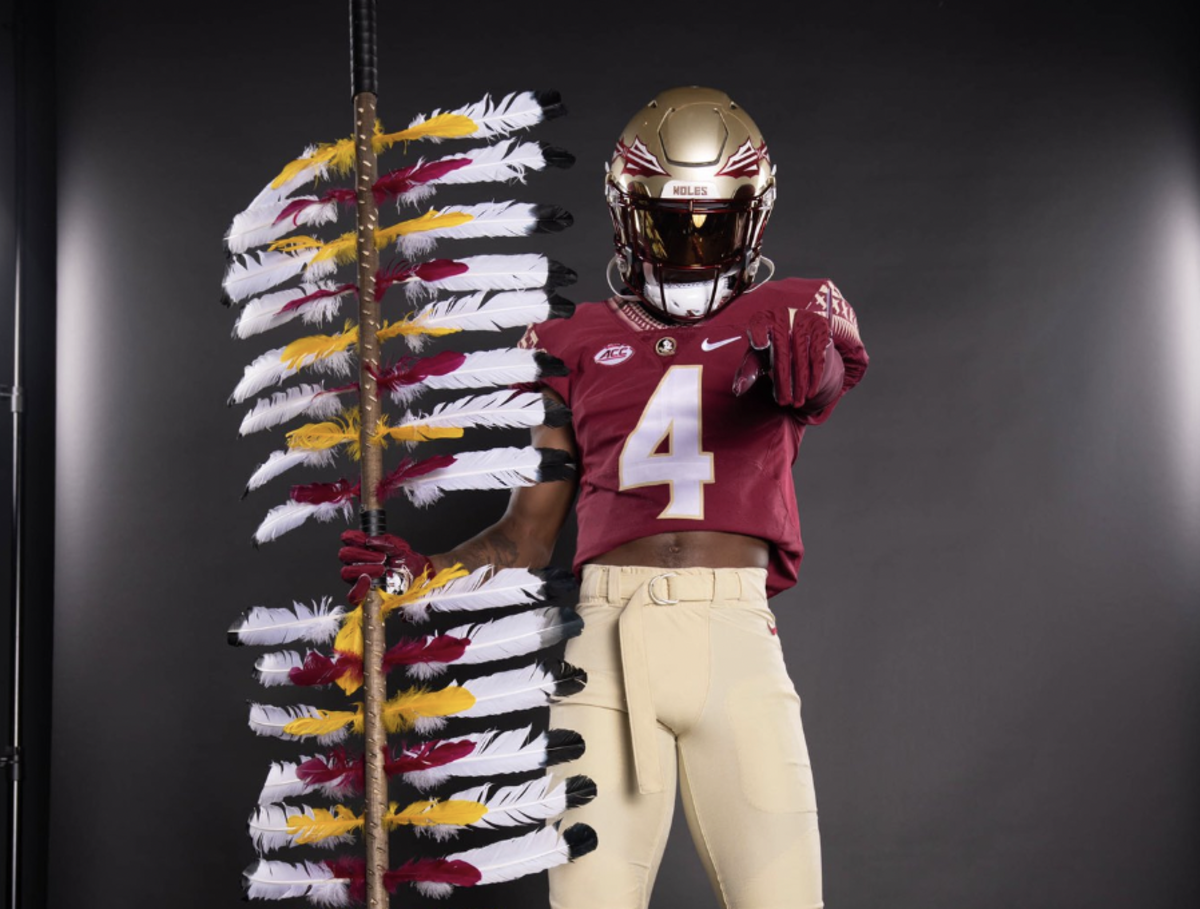 When it comes to Florida State recruiting, it’s either the highest of highs or the lowest of lows. The past week is a perfect example. The fanbase was elated following the commitment of top-100 defensive lineman Keldric Faulk. However, that quickly turned to uproar the following day when four-star defensive back Avery Stuart chose Kentucky over the Seminoles.

On Saturday, five-star cornerback and the No. 2 prospect in the 2024 class, Desmond Ricks, announced his top 10. In a shocking twist, the Seminoles were left off of a list that included Miami, Florida, and Jackson State as well as LSU, Oregon, Ohio State, USC, Alabama, Texas A&M, and Oklahoma.

At one point Ricks was trending to Florida State so for the program to not even be included among his top 10 schools was a surprise. When asked about the decision by On3’s Hayes Fawcett, Ricks said that the coaching staff had fallen out of contact with him.

“I haven’t heard from them in months,” Ricks claimed according to Fawcett. “They must’ve gave up or something.”

If true, this would be a disappointment, to say the least. It would also be a sharp heel turn from how much the Seminoles made Ricks a priority. Following Florida State’s spring game in April, he had conversations with head coach Mike Norvell and defensive backs coach Marcus Woodson about how much of a priority he was to them.

“They just told me how much of a priority I am to Florida State,” Ricks said to NoleGameday’s Dustin Lewis. “You know, just building that relationship.”

According to Ricks himself, coach Woodson has been building a relationship with him since eighth grade. The two were very close to the point that the five-star prospect looked at Woodson as family.

“Really tight,” Ricks said. “Coach Woodson has been recruiting me since I was in eighth grade. Our relationship is tight, I look at him as like family, not a coach.”

In April, NoleGameday learned through multiple sources that the Florida native was expected to pledge to the Seminoles prior to the spring game. For one reason or another, Ricks did not follow through with those plans. That didn’t stop him from naming Florida State his top school coming out of the weekend due to how tight he was with the coaching staff.

You know what they say about the truth. There are two sides to every story but the truth usually falls somewhere in the middle. It’s hard to wrap your head around Florida State cutting ties with a top prospect, let alone one that nearly committed to the program.

Regardless, the coaching staff isn’t allowed to speak publicly on a recruit so for now, they’ll just have to let the wave of negative attention go its course.

Despite the dismay of the Ricks news, Florida State has clearly done something right in the 2024 class so far. The Seminoles hold four commitments; five-star running back Kam Davis, four-star safety Jordan Pride, four-star wide receiver Camdon Frier, and three-star quarterback Luke Kromenhoek. The haul ranks No. 2 in the country.

Stick with NoleGameday for more coverage of Florida State football throughout the summer.

What’s next for the Florida State Seminoles? Join thousands for FREE to not miss out on any breaking news or recruiting latest by clicking this link or texting our number (850) 616-8661!