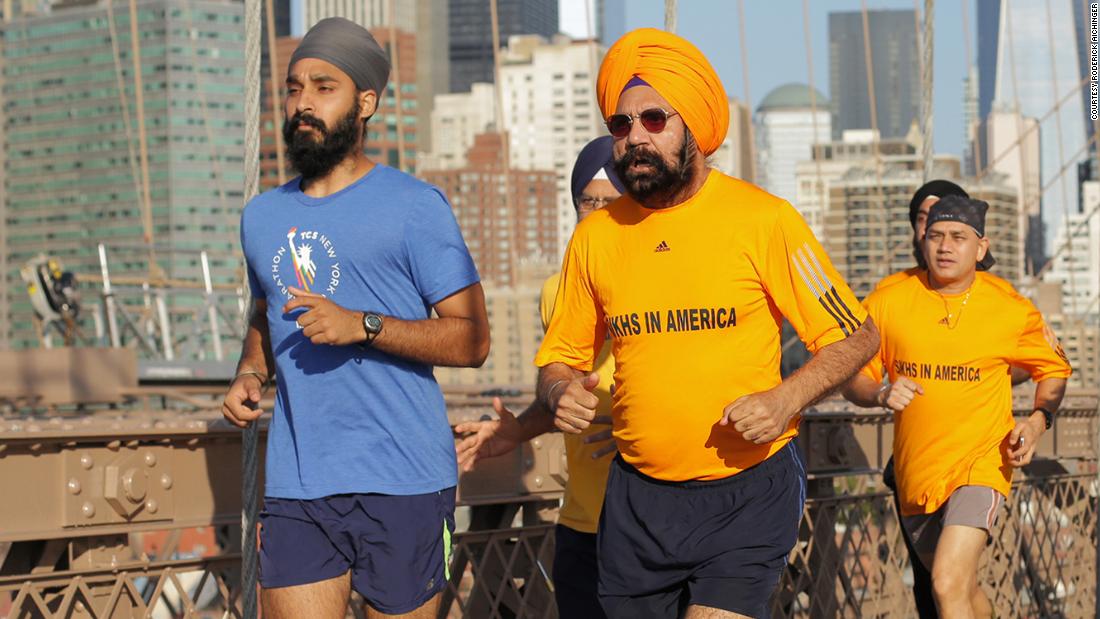 Simran Jeet Singh, a Union Theological Seminary lecturer who studies religion, racism and justice, recalls his own experience of fighting for inclusion as a turbaned Sikh college athlete.

Growing up in Texas, he says his brothers were often denied the right to play college sports because of their turbans, a religious head covering worn by men of the Sikh religion.

Under the law, modifications to athletic or team uniforms can include head coverings, undershirts or leggings worn for religious reasons.

House Bill 515 states that “any modification to the uniform or headgear must be black, white, the predominant color of the uniform, or the same color worn by all players on the team.”

In a press release issued by the Maryland office of the Council on American Islamic Relations (CAIR), director Zainab Chaudry said: “Our lawmakers have fundamentally leveled the playing field and improved the lives of thousands of children in our state.”
She added: “Maryland ranks among the worst states in America when it comes to juvenile justice … This progress is long overdue, and we thank the bill sponsors and every lawmaker who voted on the right side of history on these measures.”

Forced to choose between faith or sport

“I am so heartened to see that a state in the United States, Maryland, [is] no longer going to bar people from playing the sports they love because of how they look,” Singh tells CNN Sport.

“I think that’s what I really believe in sports. You’re supposed to bring people together, not divide them.”

Singh held fast to this belief during his own days as a college athlete, where he and his brothers petitioned various sports governing bodies to allow them to play in religious attire, trailblazing a path to greater inclusion.

To play college soccer while wearing his turban, Singh says he petitioned the United States Soccer Federation (USSF) and was granted a letter to be carried from game to game that stated he could maintain religious attire while playing.

“While that was helpful for me personally, it was essentially an exception to a discriminatory rule. But now, we’re at a place where we should just be changing the rule that’s discriminatory,” Singh says.

“We shouldn’t put the onus on individuals, and especially on kids, to have to get permission to play and that’s a really important element of this Maryland rule.”

Seeking permission to play in religious garments was the very obstacle faced by student athletes like Je’Nan Hayes.

In 2017, the Maryland student was excluded from her basketball team’s first regional final appearance because of her hijab, for which, she said, no one had previously invoked a rule saying she needed a state-signed waiver.

Noor Alexandria Abukaram had a similar experience. The Ohio high school athlete was disqualified from a 2019 district cross-country meet for wearing a hijab, which she later found out violated uniform regulations since she had not obtained a prior waiver to wear the head covering.
Abukaram’s experience fueled her campaign for legislative change. Earlier this year, the state of Ohio signed into law Senate Bill 181, under which student athletes will no longer be required to present a waiver to play sports in religious attire, following similar legislation passed in Illinois in 2021.
Last year, the National Federation of State High School (NFHS) Associations Track and Field Rules Committee added a new rule stating that students no longer need authorization from state associations to wear religious head coverings in competition.
A NFHS press release states that, in 2021, track and field was the eighth sport to “modify rules related to religious and cultural backgrounds.”

The other high school sports in which athletes no longer need prior approval to wear religious headwear are volleyball, basketball, soccer, field hockey, spirit and softball, according to the NFHS release.​

In swimming and diving, competitors will be able to wear suits that provide full body coverage for religious reasons without obtaining prior authorization from state associations.

Singh cites other examples of progress beyond the world of high school sports. In 2014, world soccer’s governing body FIFA approved the wearing of religious headscarves on the pitch and, in 2017, the International Basketball Federation (FIBA) tweaked its rules to allow players to wear ratified headgear.

Permission to play does not guarantee acceptance

Despite this, Singh says there is much more progress to be made around the world.

And for players wearing religious garments, permission to play is not the only obstacle to acceptance.

Detractors sought to tarnish this triumph through a slate of online harassment targeting Darsh. Images of him playing basketball in his turban attracted derogatory comments and were used to create racist internet memes.
“There were some anti-Muslim comments,” Simran Jeet Singh said of his brother’s harassment. “After the terrorist attacks of 9/11, our appearances very much fit the profile of who Americans thought their enemies were.”

The issue is not isolated to the US. The Singh brothers’ stories highlight the racism and xenophobia that fan the flames of ongoing debates around the world concerning religious attire in sports.

Earlier this year, French lawmakers proposed a hijab ban in competitive sports, threatening the inclusion of women from minority backgrounds, such as the French Muslim community.
In March, an Indian high court upheld a ban on the wearing of hijabs or head coverings in educational institutes in Karnataka state, following religious clashes and growing tensions between the country’s majority Hindu and minority Muslim populations.

Singh says that such conflict can only be addressed by having the “collective humanity” to sincerely acknowledge that just because legal bans on religious garments exist, does not mean that such rules are just or fair.

“I think people need to get back to the table and say, ‘Hey, these rules weren’t necessarily created for the society we live in today or taking into account global diversity,'” he said.

“This is an issue of equality and inclusion and there’s so much more for us to work on.”