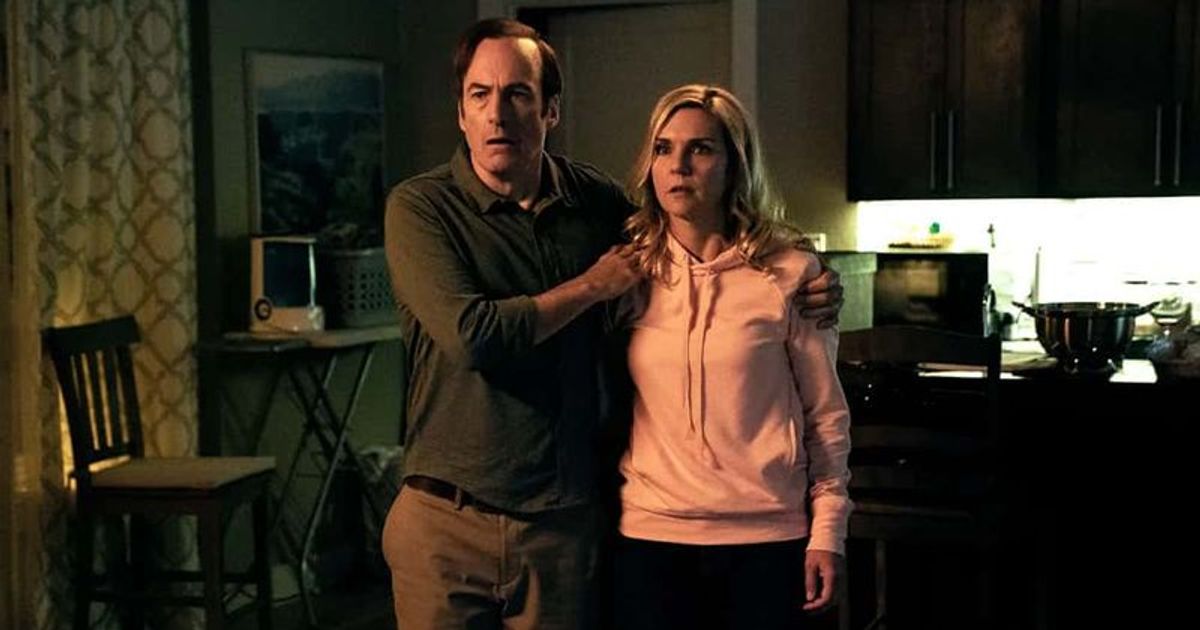 The latest episode of ‘Better Call Saul’ ended on a devastating note for Saul and Kim. The duo loved each other to the core and always helped each other when they were in difficult situations. However, things got out of hand after the seventh episode when Lalo brutally killed Howard (Patrick Fabian) in their living room. When they thought things couldn’t get any worse, the killing of Lalo (Tony Dalton) just took everything to a whole new level, a level from where they couldn’t have returned to normalcy.

During Episode 9, Saul (Bob Odenkirk) and Kim (Rhea Seehorn) were trying to forget what they saw and what just happened to them. They were forced to lie to the police about the murder of Howard and it was not easy for them to just forget that a man was killed in their living room. In the final moments of ‘Fun and Games’, the couple went to the HHM and met Howard’s grieving wife. Gloria asked them what they told the police and Saul told her that Howard didn’t look like himself and left their house. When Gloria believed that Howard being an addict was a lie, Kim outrageously stitched a story about how she saw Howard snorting something in his office a couple of months back.

‘She’s a brand’: Jennifer Lopez SLAMMED for changing her famous surname to Affleck after wedding

The conversation ended with Gloria crying uncontrollably and the duo leaving the building. However, Kim took a drastic decision of leaving her law practice and announcing that she’s not an attorney anymore. Saul gets really annoyed with that and tries to tell her how important she is to her clients. But Kim believed that she can’t do this and can’t believe how “toxic” they are to each other and to everyone else. She also revealed that she knew Lalo was not dead and didn’t tell him because she was having so much fun while scamming Howard.

Finally, Kim leaves Saul and the show took a time jump to highlight how big of a lawyer Saul has become. Fans were left heartbroken as to how things ended for Saul and Kim, but they applauded the writers, makers, and actors for giving such an extraordinary scene. One of the fans wrote, “This #BetterCallSaul episode hits differently, the music, the shots, the unspoken dialogues. My God!! I’ll be watching is at least daily!!!” Another fan wrote, “I am wrecked. WRECKED.” Another social media user said, “The acting, the camera work, the script. EVERYTHING ABOUT THIS EPISODE WAS ABSOLUTE PERFECTION.”

This #BetterCallSaul episode hits differently, the music, the shots, the unspoken dialogues… my God!! I’ll be watching is at least daily!!!

“There are just so many layers of heartbreak to this scene,” tweeted another fan. “THAT WAS NOT FUN. OR GAMES,” wrote another one.” “The fact that we knew where this was going doesn’t make it any easier. You’re breaking my heart,” tweeted another social media user. Meanwhile, one of the social media users wrote, “Well…ummm…I’m gonna need a minute to get rid of these damn onions.”

Well…ummm…I’m gonna need a minute to get rid of these damn onions.😢 #BetterCallSaul

Another ‘Better Call Saul’ fan wrote, “Tonight’s episode left me with a very special kind of heartbreak. I expected to mourn a character but I didn’t think it would be.”

Prince Harry has NO RESPECT for Camilla, not interested in developing relationship, claims expert

With only four episodes remaining in the sixth and final season, we are surely going to see the show getting connected to the ‘Breaking Bad’ universe. We still have to see appearances from Walter White and Jesse Pinkman, but tonight’s episode was truly heartbreak.

‘Better Call Saul’ Season 6 returns to AMC with a new episode every Monday at 9 pm EST.

Disclaimer: This article contains remarks made on the Internet by individual people and organizations. MEAWW cannot confirm them independently and does not support claims or opinions being made online.