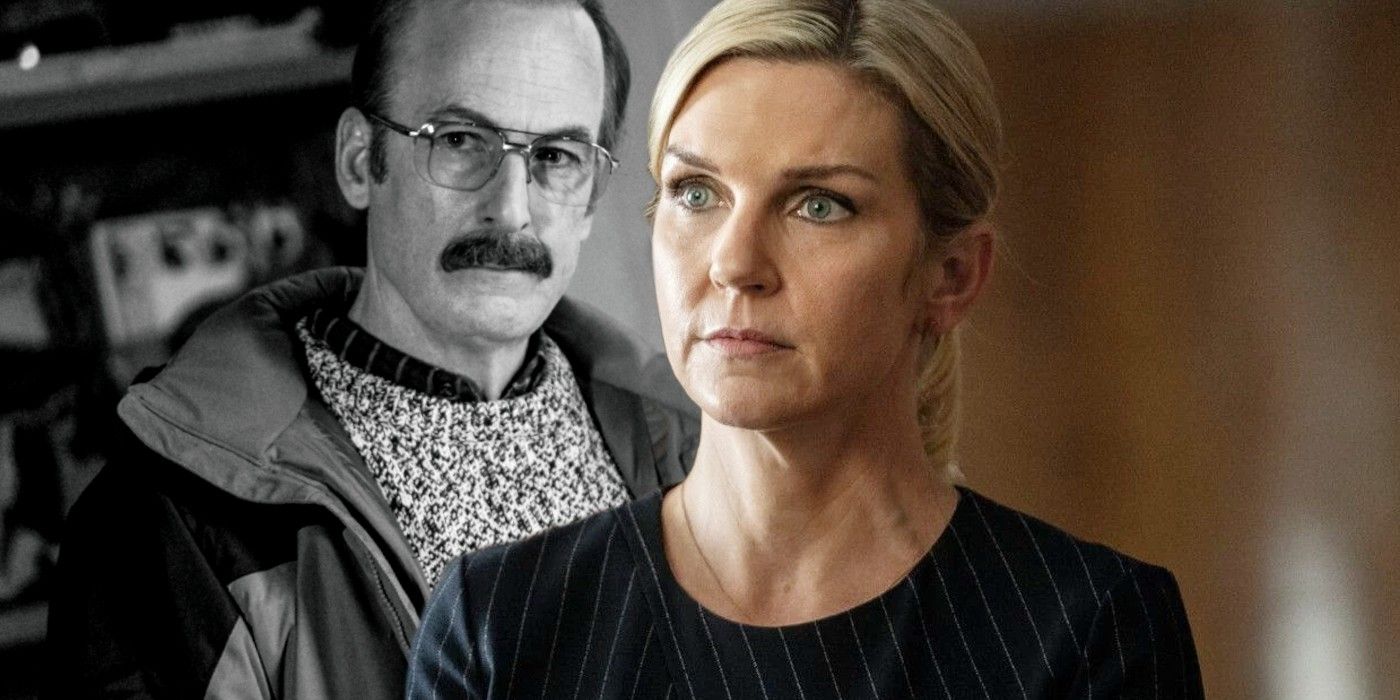 One heartfelt scene in Better Call Saul season 6, episode 10 teases a reunion between Jimmy McGill and Kim Wexler in the Gene timeline.

Does Gene Takavic’s semi-faked meltdown tease a Better Call Saul reunion between Jimmy and Kim? With “Fun & Games,” Better Call Saul finally answered a question audiences had been asking since season 1: why doesn’t Rhea Seehorn’s Kim Wexler appear in Breaking Bad? Shaken to her core by the death of Howard Hamlin, Kim experienced a long-overdue wake-up call to her moral decline and shockingly called off her marriage to Jimmy McGill, blaming Howard’s death on their toxic partnership. The fact that Kim avoided dying herself naturally prompted rumors of a potential reconciliation in Better Call Saul‘s Gene timeline, set during the aftermath of Breaking Bad.

SCREENRANT VIDEO OF THE DAY

Three Better Call Saul episodes remain, but exactly what goes down in those last chapters is anyone’s guess. “Fun & Games” put the finishing touches on everything pre-Breaking Bad – Gus Fring’s victory over Lalo Salamanca, Kim’s sudden departure from Albuquerque, and even Saul Goodman’s office redesign. Better Call Saul season 6, episode 10 (“Nippy”) then hops over to Gene’s black-and-white future where the lingering Jeff issue from season 5 is resolved, then “Saul Goodman” is finally put to rest when Jimmy resists the urge to buy a Saul-esque shirt and tie. With pretty much every item on Better Call Saul season 6’s to-do list now crossed off, exactly what happens in the final three episodes is anybody’s guess, but “Nippy” drops a big hint that a reunion between Jimmy and Kim lies on the horizon.

Gene’s Cottonwood Mall heist begins unraveling when Jeff slips on the polished shop floor while swiping Air Jordans and cashmere shirts. With his man knocked out cold, Gene needs to distract the security guard, so fakes an emotional breakdown, bursting into crocodile tears and wailing louder every time Frank starts turning toward the CCTV monitors. In a surprise twist, Gene’s improvisation taps into deep-seated traumas. Momentarily slipping back into Jimmy McGill, the ex-lawyer solemnly admits, “I got no wife, no kids, no friends. If I died tonight, no one would care.” This line might secretly reveal Gene’s next move. After letting “Saul Goodman” die and finally becoming comfortable in his own skin again, is it now time for Gene to find that one person he can share life with?

Kim Wexler’s Better Call Saul season 6 departure episode revealed nothing about where she went. And because the couple’s final moments all transpired off-screen, it’s not known whether Kim told Jimmy where to find her. Even if Gene decides he needs to win Kim back, therefore, where would he even begin the search? Kim may actually be closer than Gene thinks, as Better Call Saul flashbacks revealed how she grew up in Nebraska, not too far from where Jimmy is currently hiding. Maybe Jimmy deliberately chose Nebraska as his getaway city in the vague hope he’d bump into Kim. Another potential clue might be found on Gene’s lunchbox. At Cinnabon break times, Gene eats from a Kansas City Royals lunchbox – a nod to the KC Royals shirt Kim would often wear when she and Jimmy were together. As Gene considers where his ex-wife might be, a simple lunch box could inspire that all-important light bulb moment.

Or Kim could come looking for Jimmy in Better Call Saul season 6’s final episodes. Saul Goodman achieved widespread infamy after authorities cracked the Heisenberg case, and even Jeff the taxi driver knew Saul was a wanted man. Someone as intelligent and resourceful as Kim surely already knows Saul Goodman is on the run. Kim also knows about the black book where her ex-husband found the Disappearer’s number, giving her a starting point for tracking Jimmy down. Kim’s enduring love could push her into Gene’s life… if she can figure out where Ed sent him.

More: Get A Lawyer? Why The Mall Security Guard Doesn’t Like Gene

David Harbour Thought Stranger Things Would Get Cancelled After Season 1

Craig first began contributing to Screen Rant in 2016, several years after graduating college, and has been ranting ever since, mostly to himself in a darkened room. Having previously written for various sports and music outlets, Craig’s interest soon turned to TV and film, where a steady upbringing of science fiction and comic books finally came into its own.
Craig has previously been published on sites such as Den of Geek, and after many coffee-drenched hours hunched over a laptop, part-time evening work eventually turned into a full-time career covering everything from the zombie apocalypse to the Starship Enterprise via the TARDIS.

Since joining the Screen Rant fold, Craig has been involved in breaking news stories and mildly controversial ranking lists, but now works predominantly as a features writer.
Jim Carrey is Craig’s top acting pick and favorite topics include superheroes, anime and the unrecognized genius of the High School Musical trilogy.